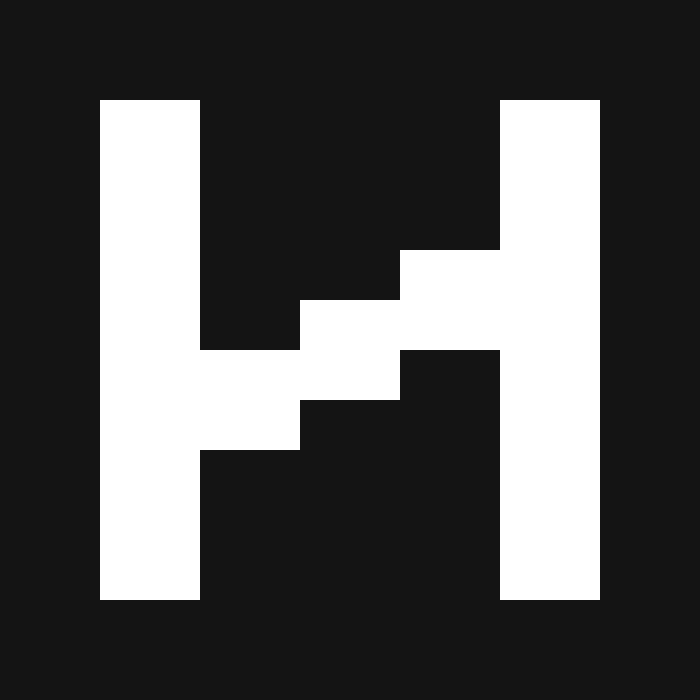 In 2019, Highline Property Group was formed when three family offices joined forces under a common initiative of seeking, acquiring, and growing a Multi-Family portfolio focused on long-term growth with legacy, generational assets.

Feiner Enterprises, Inc is a private family office based in Denver, CO with an extensive focus in the real estate industry. Concentrations include direct investment, development, and mortgage finance opportunities. FEI Holdings is the acquisition and investment arm of Feiner Enterprises.

Morgan Holdings is multi-generational real estate company originally founded in 1959.  Morgan Holdings has developed, constructed, and managed apartment properties across the country. From mixed-use, podium, to in-fill urban, close to $2 Billion in development has been accomplished.

Stonehill is a diversified single family office for the Steinberg Family based in Las Vegas, NV with holdings in healthcare, real estate, and investment opportunities.Collectively, these three Real Estate Family Offices share over centuries of real estate experience. 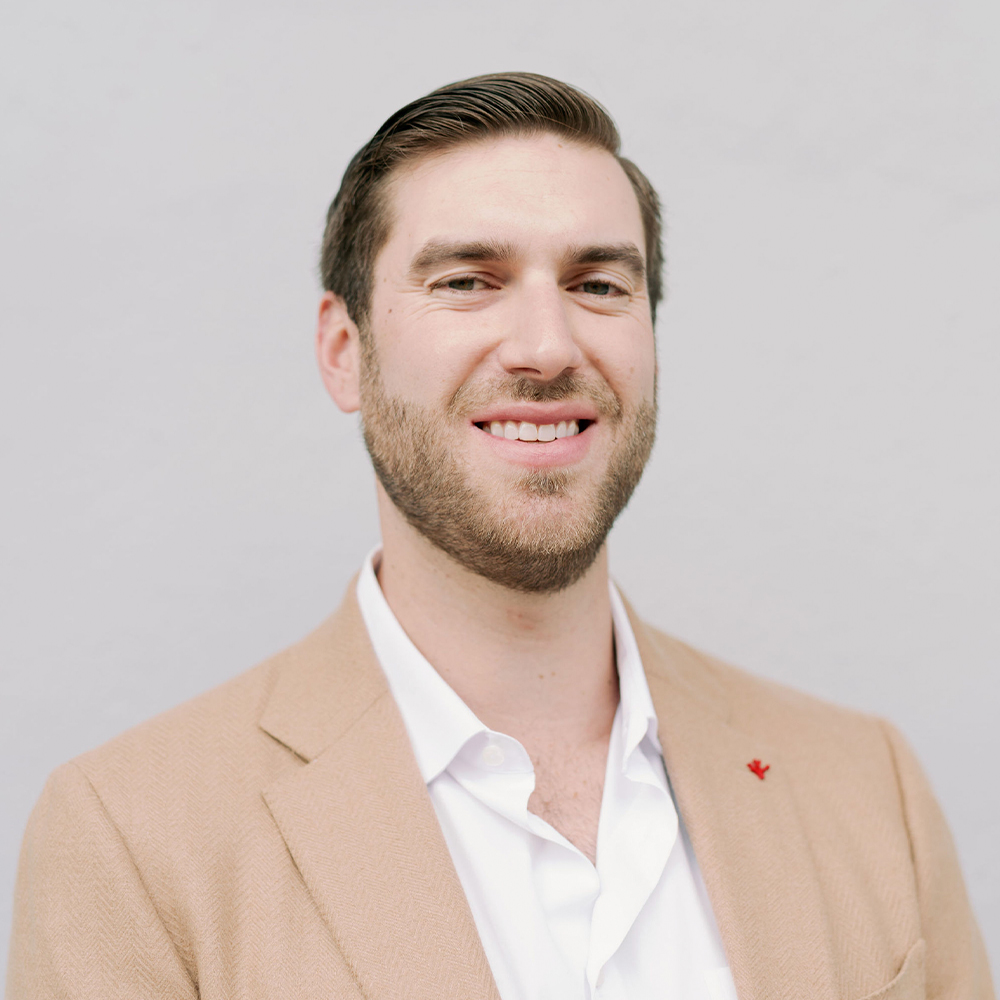 Direct Email
David Feiner is a Partner and Co-Founder of Highline Property Group with a focus on acquisitions, dispositions, due diligence and investor relations. David is experienced in many facets of real estate, including acquisitions, asset and property management, brokerage, development, financing, sales, and securitization. David is also the Executive Vice President of Feiner Enterprises, Inc. Feiner Enterprises is a private family office with a focus on real estate investment and partnership with third-party operators. David sources new real estate investment opportunities, operates portfolio companies focused on real estate lending and development, fosters strategic partnerships and focuses on long term growth. Previously David was a Managing Director for Miller Frishman Group, a Denver based real estate management and investment banking company. David sourced and invested ~$400 million in multifamily acquisitions, encompassing over 3,400 units around the US. David graduated from the University of Wisconsin-Madison. He serves on the Board of Directors for Merchants Mortgage & Trust Corporation, a private regional lender. David also sits on the non-profit board for Jewish Family Service of Colorado and was a Sturm Fellow for the Anti-Defamation League. David holds his Real Estate Brokers License in Colorado.​ 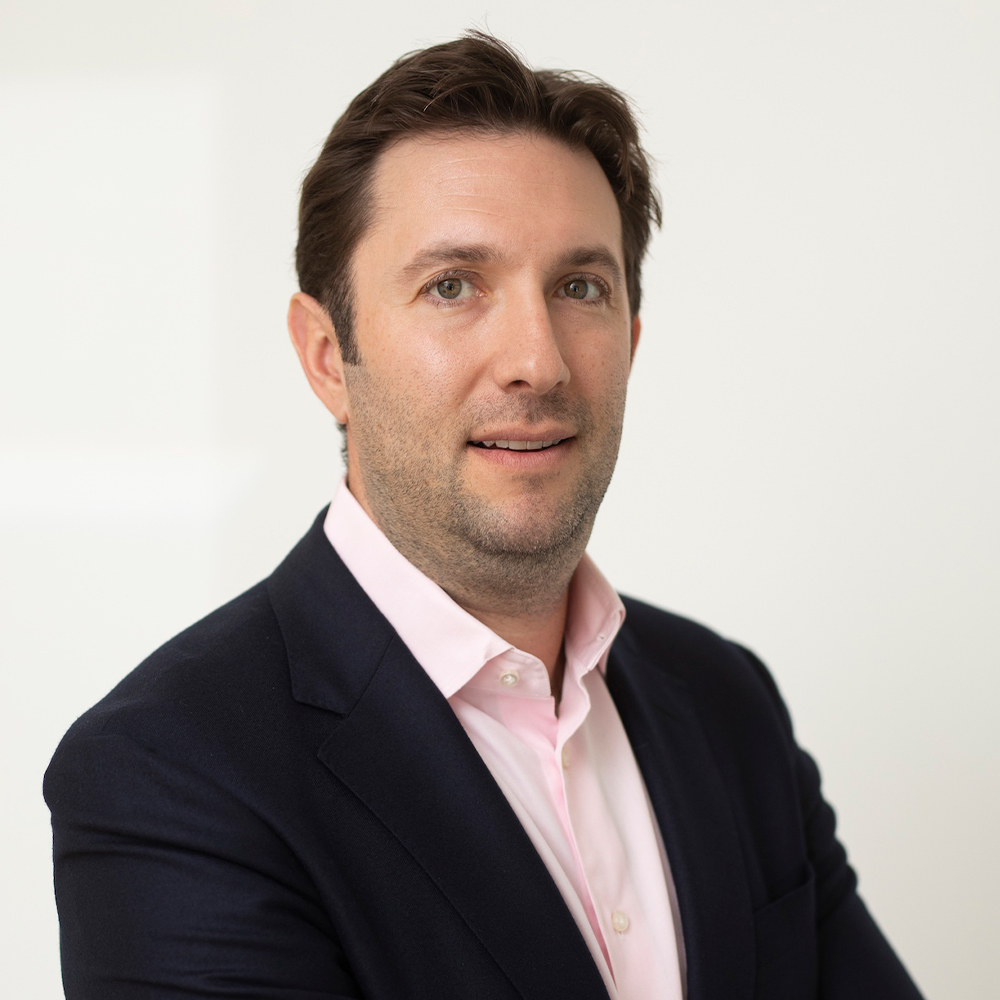 Direct Email
Daniel Feiner is the President of Feiner Enterprises Inc and FEI Holdings LLC. Feiner Enterprises is a private family office with a focus on real estate investment and partnership with third-party operators. FEI Holdings is the direct investment and acquisition arm, concentrated on strategic multifamily investment opportunities in the Southwestern United States. Previously Daniel was the Vice President of Miller Frishman Group, a Denver based real estate management and investment banking company, overseeing the acquisition, disposition, and management of a portfolio of 10,000 multifamily units and 5MM feet of commercial real estate. Daniel also previously worked for AIG Global Investment Group’s Mortgage Lending and Real Estate division, underwriting in excess of $5B of commercial real estate transactions and helping AIG to establish and implement its CMBS program. He has also worked in development management for Forest City West, aiding in the development of over 2,000 multifamily units in California urban in-fill markets, in particular revitalizing the urban core of downtown Los Angeles. Daniel grew up in Denver, and then attended the University of California – Los Angeles earning a B.A. in Economics. Daniel is a member of the Board of Directors for National Jewish Hospital and also the chair of the 5280 AIR Society for Young Leadership at NJH. He is a member of the Board of Directors for JewishColorado and is a young Associate at the Denver Art Museum. He was previously a member of the Board of Directors for ADL-Mountain States Region, a member of the 2013 class of Leadership Denver, sponsored by the Denver Metro Chamber of Commerce, and a member of the Wexner Heritage Program class of Denver 2014. 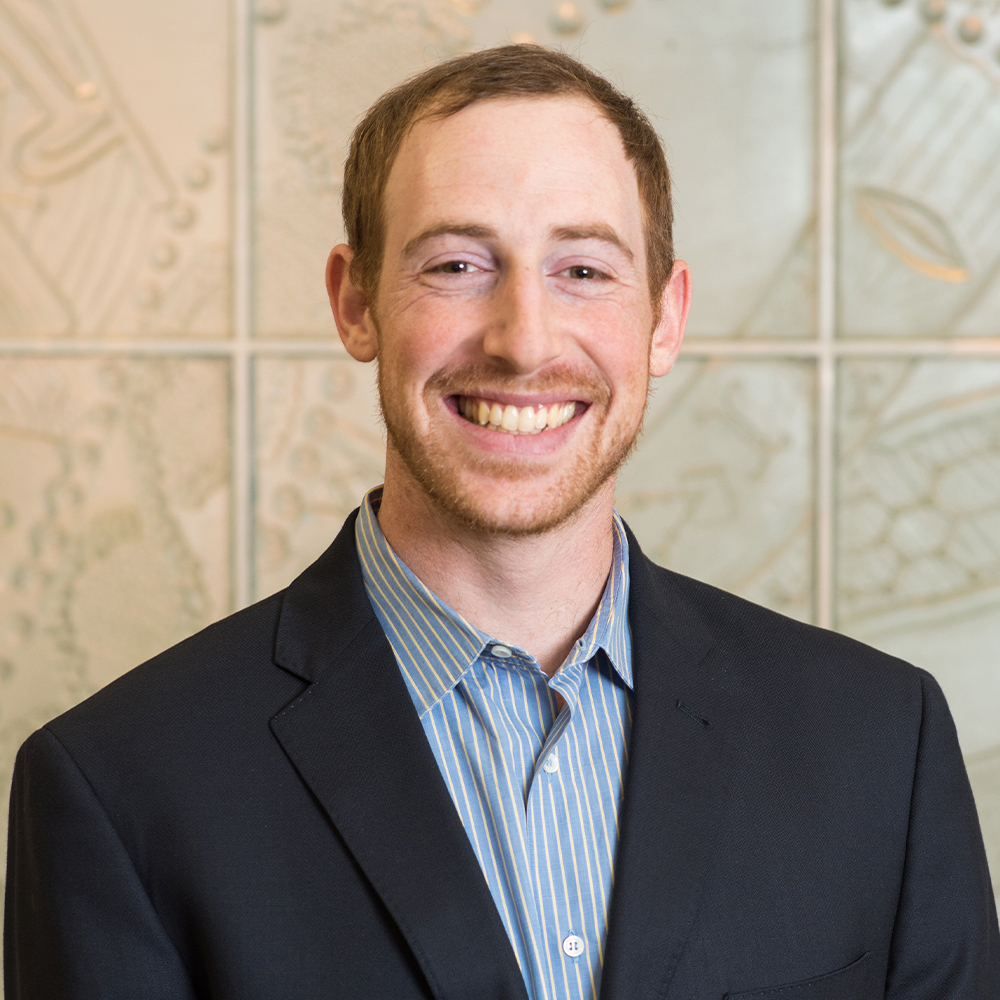 Direct Email
Ryan was born in Texas and raised in Southern California. Having a cowboy upbringing and a surfer mentality, Ryan has developed a unique approach to life. With an innate passion for entrepreneurship, Ryan started his first business while in grade school. In pursuit of higher education, the University of Southern California is where Ryan immersed himself in business, finance, and international courses, as well as studying a variety of fields from physics to jazz history. During his studies Ryan was able to spend a semester in Spain where he expanded his international perspective, as well as picking up a second language. After graduating, Ryan helped found Alegria Real Estate: raising $17 million and becoming one of the top 10 San Diego foreclosure home buyers and sellers. While flipping, Ryan turned his life-long passion for whole leaf tea into a business by co-founding Mad Monk Tea. Once the development market began to revitalize, Ryan moved to Colorado and became a superintendent for ReyLenn Construction: responsible for building a 319 unit apartment community. Moving to Denver, Ryan then transferred from the general contractor world into the development wing of MKS Residential. There he was responsible for two 280+ unit projects. At the same time he co-founded Broken Arrow Spirits, a grain to bottle bourbon distillery located in Centennial, CO. In June 2015 Ryan left Colorado and moved to Charlotte, NC as the development manager for Morgan Bond Companies. Ryan was responsible for overseeing the development, construction, and management of Inspire SouthPark, a 369 unit community. When he's not swinging hammers and redlining plans, Ryan can be found hiking mountains and beaches with his trusty dog Moose Burrito Morgan. 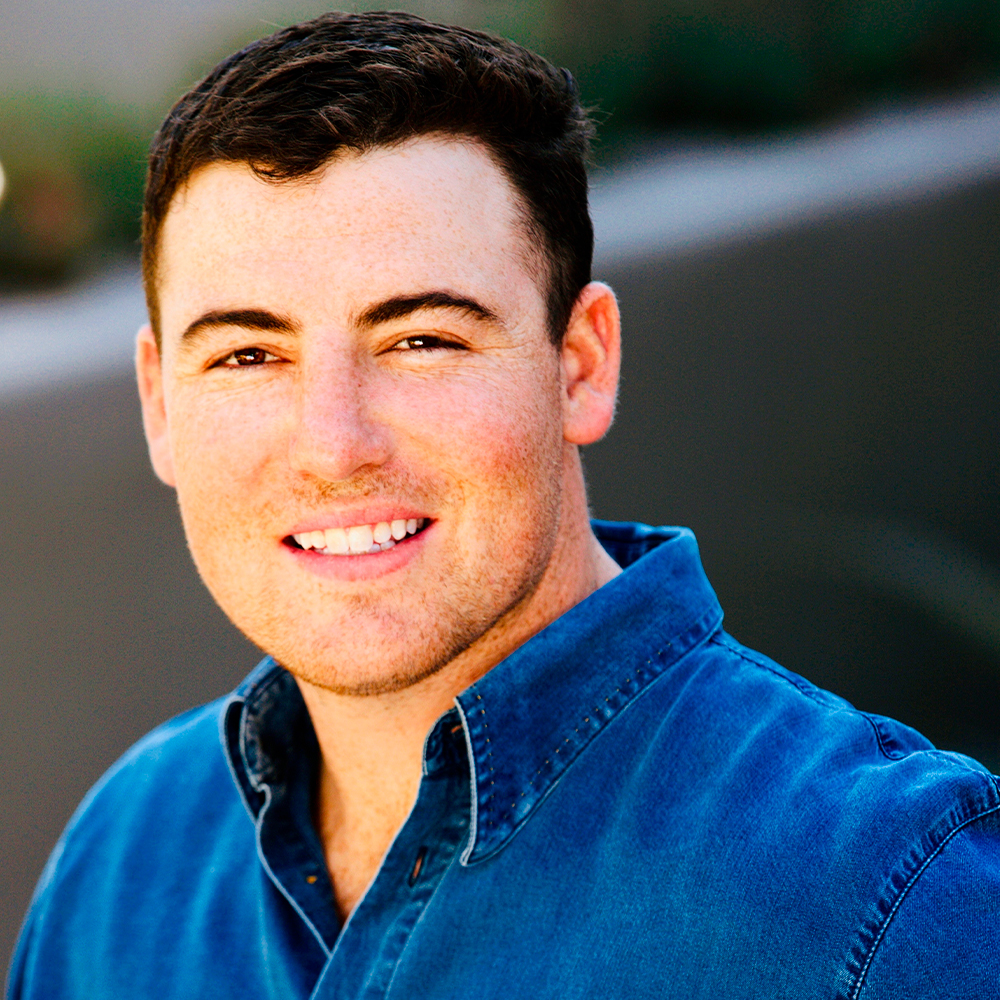 Direct Email
Ari Steinberg is the President of Stonehill, LLC and Eagle Road Partners. Stonehill is a diversified single family office with holdings in healthcare, real estate, and alternative investments. Eagle Road Partners is a venture debt/equity platform that directly invests in opportunistic ventures nationwide. Previously Ari spent time at Forum while pursuing his MBA. Forum Real Estate Group is a Denver based real estate private equity group, which collectively has owned 19,000 units since inception. Ari also previously worked for Northcap a Las Vegas based private equity group where he was responsible for numerous strategic portfolio acquisitions. He has also worked alongside his family to develop numerous Imaging, Surgery & medical office buildings across the Las Vegas Valley. Most recently he was responsible for a record breaking Nevada transaction where he exited a NNN asset he owned at a 3.6cap adjacent to the Las Vegas Strip. Ari grew up in Las Vegas, and then attended the University of Colorado, Boulder earning a B.A. in Biology. Ari attended University of Denver where we recently graduated with his MBA with a focus in Real Estate Finance. Ari is a member of the Burns Society at the University of Denver as well as an active AIPAC and JNF Member. He currently splits his time between Las Vegas & Denver and is an avid mountain biker and backcountry skier.